Is an agency model the future of retail?

Polestar and Stellantis are at the forefront of this shift, among others. But what does it actually mean for retailers and customers?

We will be joined by guests from OEMs, retailers and a digital agency behind the changes, as we take a detailed look at the implications. 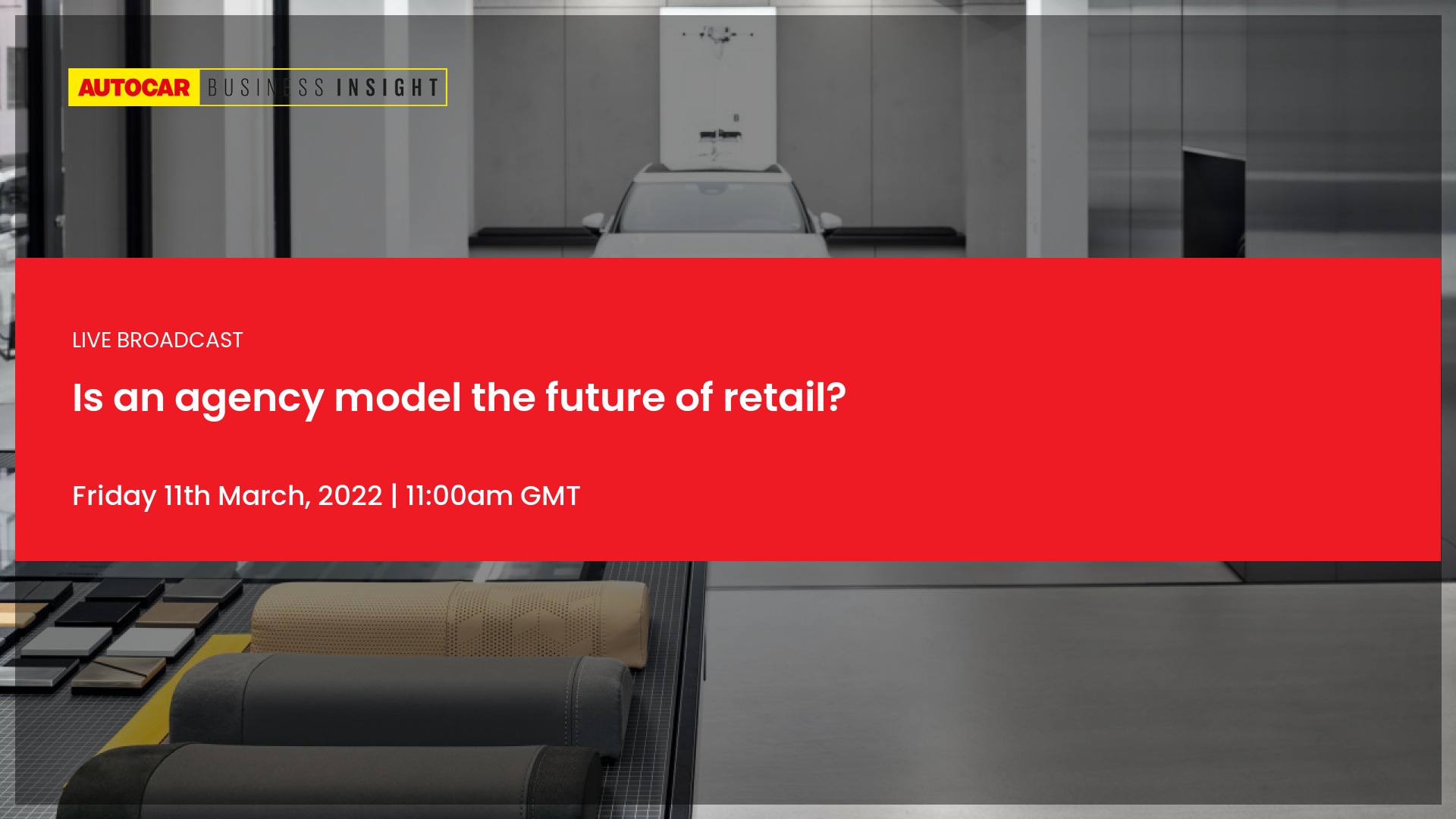 Jonathan Goodman is the CEO Polestar UK and Head of Global Communications, a role he has held since July 2020. He took this job after 3 years as Chief Operations Officer for Polestar, charged with overseeing the operational launch of the new stand-alone electric performance car brand within the Volvo car Group.

Prior to this, Jonathan was Senior Vice President, Corporate Communications for Volvo Cars from October 2014. He joined Volvo Cars after a 28-year career at PSA Peugeot Citroën where he held the role of Executive Vice President, Communications, in Paris (2012-2014). Before that, he held several leading commercial positions within the PSA group, including Managing Director for Peugeot in the UK and Managing Director in Belgium and Luxembourg.

Tony Whitehorn is a consultant and advisor to Endava, a software development company. Previously, he was with Hyundai Motor Company UK for over 17 years, rising from managing director to president and CEO. He continues to have an executive advisor role with the company.

He has spent his entire career in the automotive industry, joining Renault from Cardiff University and then going on to work for Toyota GB as operations director.

last 13 years at Lookers in a number of senior management roles, nine years of which

were at Franchise Director level, then Chief Retail Operations Officer with

responsibility for the dealership portfolio, customer experience and OEM Brand

Partners relationships, before being promoted to his current role in January 2021.

Before joining Lookers, he spent 10 years with Arnold Clark.